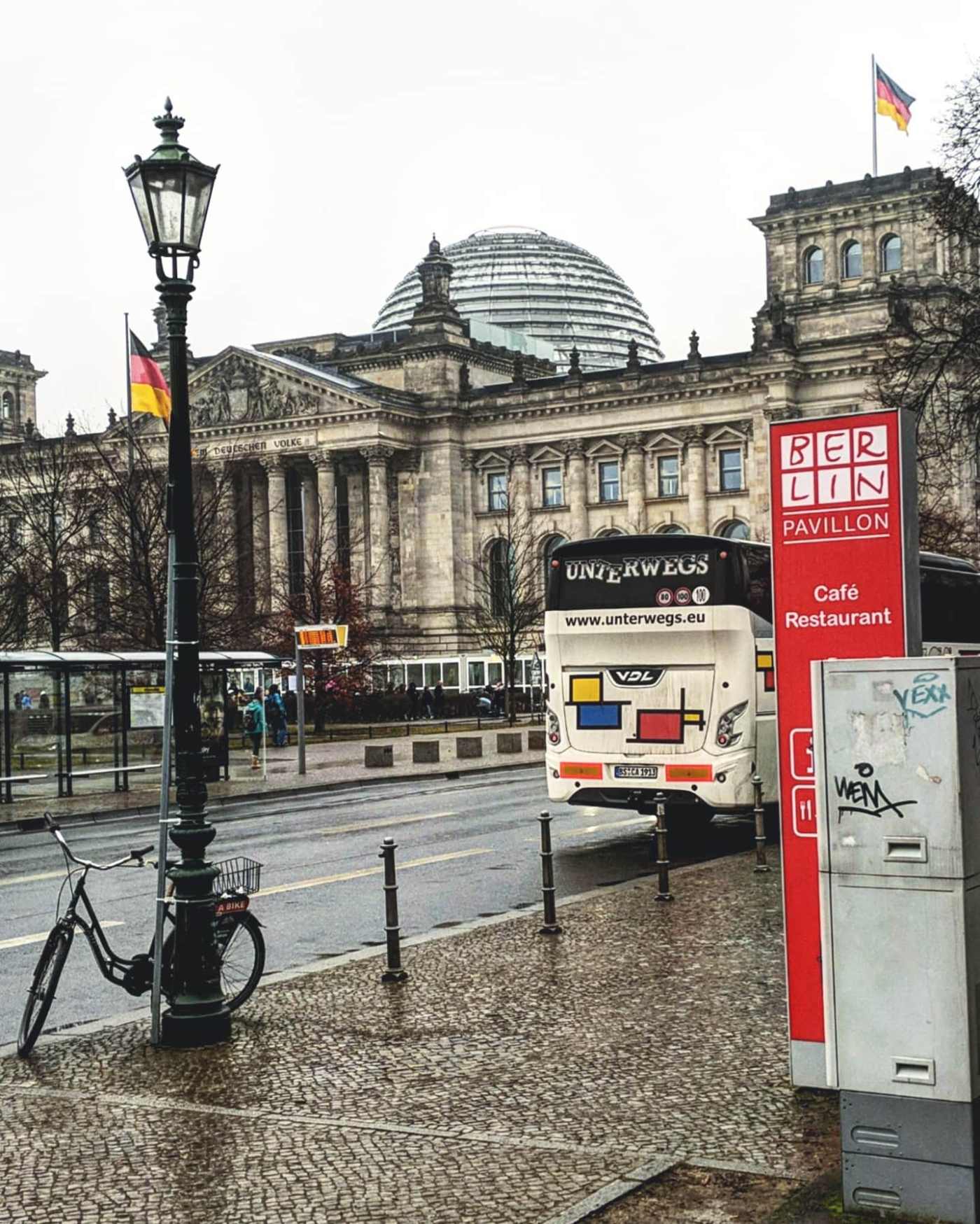 Earlier this year, I had a chance to visit Berlin. It has been about 3 months and I have not gotten the chance or made time to write about Berlin, that it is now quickly receding from my memory, threatening to leave behind the usual remnants of travel impressions.

Berlin was cold in January.

A thin Uniqlo down jacket, coupled with a sweater, boots, souvenir store-bought glove and cap, a pack of coughy Marlboro cigarettes, and I was mentally ready to brave the cold. Through the week, whenever I could get time outside work, I walked, visited museums, took a tour of the city,  to try and understand Kollektivschuld, to gauge the depth and authenticity of collective guilt that modern German society has embalmed into the cityscape.

Just beyond Alexanderplatz, across the road with BMWs and Volkswagons motoring by, I came across an expanse of sarcophagi-like structures. In the cold grey afternoon, I did not have to guess what they stood for. I imagined there would be names listed, followed by hyphenated dates. An oversized, ostentatious, and inadequate apology for lives lost. None of those drivers in the cars that passed me seemed to be paying particular attention to those tombs except as another traffic light to navigate through.

After a couple of cigarettes, I saw a young couple pause between the structures, adjust their positions and poses for optimal light and composure, click a photo, and disappear into the maze.

One person’s guilt is another person’s art.

Berlin the city seems condemned to bear the burden of carrying the crucifix for sins that it’s citizens had wreaked on their fellow humans.

In Alexanderplatz stood an unremarkable disjointed stone structure that was later pointed out to me as pieces of what was once the Berlin wall. A little further down was checkpoint Charlie. A little to the right was the Holocaust museum. A little to the left was the German Spy Museum. Scattered between these somber institutions were signs of human amnesia. Currywurst places promising the authentic flavor, a Nivea showroom with the friendly bear mascot assuring passersby of better skin.

Berlin was starting to feel like a repentant adult, whose only expression of apology is to lower their gaze, sweep away the debris of precious houseware smashed into the walls in anger, and the occasional penitent gesture of going to the store or doing the chores – a prosaic reminder that they haven’t forgotten the time they flailed their fists onto those they could have protected.

I knew I was missing the essence of the city though. Everywhere there were signs of anti-fascism. Anti-establishment messages were scrawled onto walls close to the parliament. Signs of the Nazi rule were removed from the physical spaces, but, so as not to forget their shame, frozen in time in black and white photographs in war museums.

Again I could not help observe that the land seems to have taken up a disproportionate share of atoning for the sins of society.

Perhaps I am too close to Nazi rule in India, but despite the inevitable, contrite commentary that accompanies these exhibitions, I know humans are frail and greedy. They long to fall back to glory days. Who is not to say that what once happened, will happen again? That these deconstructed ideas are re-forming back into the unspeakable.

Origins are forgotten easily, and once normalized, it is awkward for everyone to remind current friends about past fascism.

We all have have Krakens in our hearts and we all have similar hearts.

I realized that Berlin has warmth too.

It took me 5 minutes and a passport, to get into the glass dome that overlooks the Reichstag. Symbolizing a characteristically clinical approach to solve for obsessive guilt, the transparent dome sits atop the people’s representatives, a curious architectural anamoly of transparent democratic oversight.

I want to think that young Berliners, with hair over their eyes, casually dressed, with fishnetted stockings and basketball caps, who seemed more organic and less pasty than how I remembered Americans, remember why this glass dome sits atop the guarded building.

I chose to go there alone one morning.