When I first traveled to London, my manager had booked a house in Leytonstone. We must have spent a week there. It was a dark and dinghy place, about an hour’s train ride away from our workplace in the docklands, near Canary Wharf.

After a week, one of my roommates was told by colleagues that it was a bad deal and so we started searching for a house closer to where we worked. Since none of us had laptops, and the only place we could access the internet was at work, all three of us would stay back after work searching for apartments and amenities.

After the first weekend, our client manager called us to her office warning us that we were abusing the system and that we should leave the building as soon as work was completed. She also pointed out that taking long breaks in the afternoon to search for houses (because that was the only time the brokers are available) is unprofessional.

Luckily, in a month, we managed to find a place between Surrey Quays and Bermondsey. From there it was but a short commute to Canary Wharf.

On weekends, I used to take the train to Trafalgar Square and spend my afternoons there. It had a familiar ring to its name. Pall mall, Oxford Street, The Strand. It was surreal. I had no reference to these places in real-time unlike now. I had to surreptitiously gather intel on London’s cartography, sketch/note the directions on a piece of paper, and venture out.

I did not mind it. That was how I discovered that I was walking past the Tower of London on most weekends without even realizing it. In time, I had also discovered the Canada Water library. I still remember me stunned physically when I saw the collection of books available for checkout and that all I had to produce was a rent agreement.

For the next few months, that was all I needed.

On weekends I took to walking around the city, never straying from the public paths, always ricocheting off plaques with entry fees in pounds and sterling. Soon, I also got a membership to the Canada Waters fitness club.

London then was a town I could never fully fathom in its entirety. It slowly revealed itself as I pieced together areas where I had walked or visited. There were two boundaries that I still remember from those days. One was the Mall street that leads from Trafalgar Square to Buckingham Palace. I had never ventured to walk down that path no matter how many times I visited Trafalgar Square. The second was the Deptford Park where I used to go running. I never ventured beyond the park.

Today, when I look at London’s map, I realize how small and arbitrarily shaped the city presented itself to me then.

I remembered London as cold bluish gray, as Criss-crossed by crowded, but efficient, metro trains carrying workers back and forth. London was the city where for the first time in my life I ate apples that were sweet, crisp, and juicy. Similarly, many other phenomena in life that till then I had relegated to pure fiction, London casually brought to life. I still remember the nights I spent drinking Strongbow cider, sitting alone in a pub full of rowdy strangers, watching the 2006 WorldCup, without it being an overdone social event. London is still the city where I discovered I can run outside and not be self-conscious. London was where I was convinced one could get hot water on demand. London made me trust a city. It was also a city where I started watching movies, renting DVDs from a neighboring Greek’s movie rental store.

After 6 months in the city, the project I was working on was terminated. I remember myself as being unaffected about it. I seemed to have been a curious case of confidence and knowledge with little sense of proportions and reality. I had come off a damaging stint of technical studies, and therefore my senses were still clouded by inadequacies of succeeding in my career. Every day that I survived at work was a miracle in my head. At the end of 6 months, I had given my last penny to my parents because they wanted to buy a second home that they wanted. The rest, I vaguely remember spending on my sister’s wedding.

On the last week of engagement at my employer’s, I got a call asking if I was willing to move to Scotland. That Friday I, along with my suitcase, booked a cheap ticket on a bus to Scotland.

In March of this year, I had the opportunity to visit London again.

While western countries have always hassled me with paperwork whenever I wanted to travel into their borders, London has always been an exception in how I approached it. Both the times, I was disinclined to travel to London, and therefore I did not have that faint animosity that simmers when I am finally allowed to visit the country. 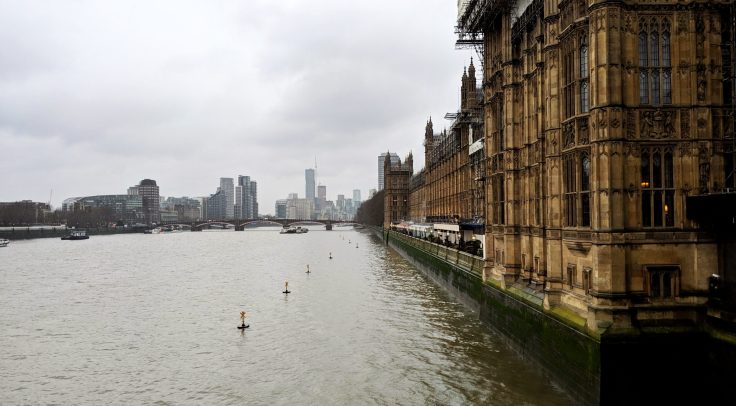 This time around, I was able to slow myself down to a deliberate pace. I was also burdened with opinions. My previous map of London had shrunk, but the city revealed itself without mystery. Clicks and mouse drags charted out custom paths to destinations that I could now discover on the go.

One evening, on my way back to the hotel where I was staying in Westminster, South Bank, I walked into Westminster Abbey. I paid my entrance fee, opened my backpack for a cursory inspection,  shook myself off the cold incessant rain, and looked around.

In that high-domed space, I sensed an appreciation for assiduous record keeping. The perspectives and proportions were flawed. But it provided an anchor point to start from, a blueprint to measure how far we veer off.