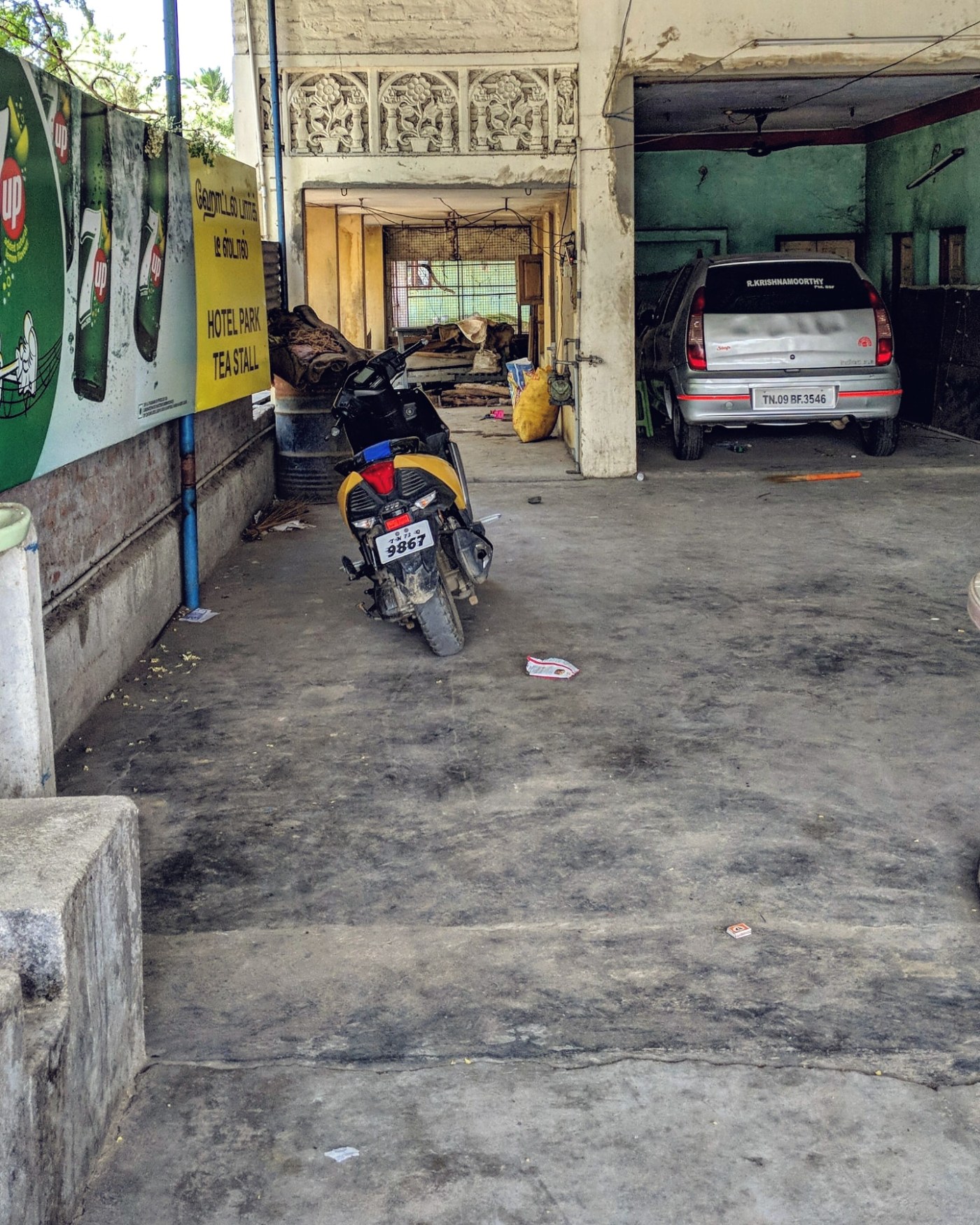 “Onnum sollaadheenga sir, ellaam nalladhukkudhaan” she said, leaning through my car window, her voice huskier than a woman’s, her lilt more pronounced than a man’s.

As the light turned green, and I pulled out, stuffing my wallet into my pocket blindly with one hand, I was slightly irritated and glad. Irritated because I hadn’t foreseen the move, glad because it was a welcome distraction in an otherwise grueling day.

I had stopped at the red light in Chennai, watching the two transgenders weave efficiently through the stopped traffic, peering in, reading the drivers and families within the vehicles, betting on whether the window would roll down for a flicking wrist and a quick change or move onto the next car.

I had already started to roll down the window to give them a 20 rupee note saving them the mental guessing, probably because I had also not realized how much the day had scrunched my shoulders and guts till then. After a gracious smile, the second transgender leaned over and asked if I had a rupee of change for good luck. I shook my head to which she nodded her head at me smiling, reached into her purse, took out a coin, and asked me to open my wallet so that she could drop it in. I opened the wallet, she dropped the coin in, thumbed through the 500 rupee notes, found a 200 rupee note and looked at me. By then I realized what was happening, but I was charmed by the sass with which she did it, and I did not feel she would snatch and run. She must have sensed that I was playing along because she lingered just long enough before she slowly pulled out the 200 rupee note and I smilingly protested the trick.

I was on my way to Panuval, a bookstore that stocks Tamil books. I would have surprised myself if I had reacted any other way to that incident.

At Panuval, I was completely out of my depths. I had no clue as to how to navigate the book racks. I spent more time trying to study the two young Tamil boys, who were helping with the books and register, than thumbing through the spines. I even had to borrow titles to ask for them to locate, and I realized I found more joy in watching the boy walk sure-footed, scanning the titles, helpfully suggesting other titles than when he actually pulled out the title in question.

Later, next week in Bangalore, when there was a street possession of youths with saffron bands in their heads, drunk, with animal screams, drumming and dancing lewdly in front of a Ganesha on a cart, I had shook my head, slightly fearful as a fair-skinned person in front of a dark-skinned slum crowd, I thought back to how similar the marauding revelers looked and dressed to those youths in Panuval. I was angry and frustrated at how I could only judge them by their surroundings.

The divide between me and the rest of the world was brokered by everything between us and nothing of our identities. A dark-skinned, plain boy with dress shirts and trousers and a phone in hand, when standing between a stack of books, is a social rebel who you want to approach and associate with. The same person on the road, raucous and boisterous, is a snarl of disgust and a sign of why India is never safe for women and children.

This is probably why I always feel sad when taken advantage of by the poorer class and feel angry when someone does the same thing to me from my own class or family.

I thought this response pattern was quite apparent but I might be mistaken.

“You look dumb” my wife always tells me. I don’t react to domestic workers in my home the way everyone expects me to. I smile and say “Oh, please do not do it this way. We do it this way”. Invariably, they follow the most commanding tone, employed either by my wife or someone else when I am not around. It invalidates every lesson of human dignity and awareness, but it is also the most efficient way for everyone involved in the short term.

Somedays, when I am excited that I get to eat Malayali dishes, I look to see who else can understand the thrill of good simple food. Yesterday, as I was mixing pumpkin pulisheri with some cabbage thoran and rice, with a dash of pickle, I looked up smiling and remarked to my wife, “You know what would be really nice?”, thinking about how great a crumble of pappadum would be on the plate, when she said “A job?”.

That was also her remark when I mentioned to a lawyer in a conversation that I wished I could study law sometime in life. “Get a job first” she had interjected. Later in the day requests to help out would always end with phrases like “at least do this” or end with quips of “who brings the bacon”.

When once, I frowned at the lazy repetitiveness of the retort, she said “You are losing your sense of humor. I don’t think it means anything to call out your status. If this hurts your ego, I won’t joke at all.”

I am not sure if this is how capitalism reinforces patriarchy. The forms that power structures mutate into. Corporations own the time of the employees through their pay, the employees transform into providers for the families, and the non-provider become an appendage to the family. Ownership of time, that precious resource through which labor is controlled and eked out, becomes one of the fulcrums through which hierarchy is established. My time is more important than yours. The more immovable and impractical the earning member’s time schedule becomes, the lesser they would be able to contribute to and participate in the regular household. Since the economic power stays with the earning person, does this divide create a friction, that if left unattended or unstudied, creates a division of labour within the family, with housework and trivial activities assuming increasingly secondary status, and a consolidation of power and an increasing emotional disconnect between the earning member and the others?

In any bargaining situation, unless the person with power fiercely wants parity, rebelling against the structure will only break the camaraderie. Listing the midnight wakings to prep meals, the grocery runs, the changes in habits, the forgoing of small luxuries, and the complete dismissal of personal schedules would seem petulant and churlish. I can see how this set up can quickly erode the agency of those trapped within the roles, each member resentful of the other’s perceived advantages, and thereby staking out their identities in their respective arenas.

Esther Perel, in her book “Mating in Captivity” ,  covers the sexual discords that such behavioral expectations and fencings could create. Bell Hooks, in her book “The Will to Change”, touches upon the crystalizing, and the eventual fossilizing, of these patriarchal ideas of identities into unbreakable human roles. Toni Morrison, in her book, “Song of Solomon” creates a world, where the theme of cumulative history and how it shapes individuals’ destinies is explored.

There are too many moving parts that a relationship needs to adjust for to be balanced and not everyone has the luxury to navigate it with foresight and fortitude.

Even if one is not aware of these pitfalls academically, they are all subject to it and vaguely try to identify them.

Recently, talking about their divorce, a friend said “I don’t know Madhu. I tried, but she didn’t. I was balancing everything while my partner was busy dealing with an identity crisis. It is not like we both were not seeing other people too during the rough times. It was a mess. Now that we have called it off, I have started seeing other people on bumble.”

Speaking to another friend, who recently got married,  gave me another perspective.

“Machan.I had given up completely. Then last year, something clicked and a woman started talking to me. But as luck would have it, she smelled funky” he rued. “I think as we grow older, we react to ph level in other’s body differently.”

4 thoughts on “Field Notes on Patriarchy”