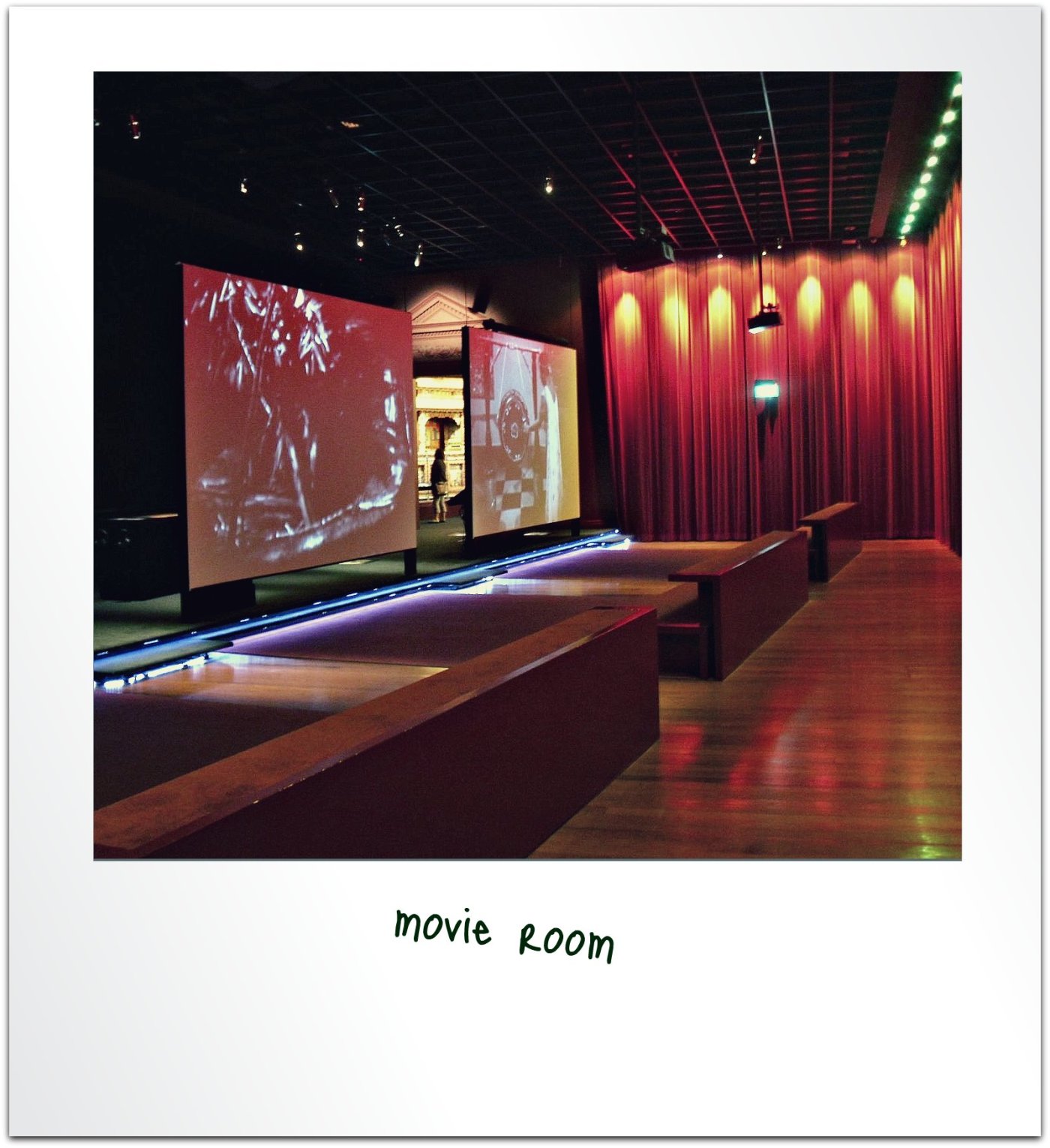 This first appeared here on The World Of Apu.

I have had the opportunity to watch many movies, and yet, I have not managed to completely shed that initial discomforting thrill and incongruity of encountering disembodied life depicted on a flat screen. Maybe I have always known that cinema is different from other forms of narrations—with more possibilities to juxtapose critical elements like colors, textures, timelines, images, and sounds.

The definition of what can be called cinema has relentlessly expanded within me, and today, I consider any recorded audio-visual output to be a movie. Purists may argue that once the binding structure of an art form is relaxed, then the art form dissolves, that it ceases to be itself.

“Call it anything else, but don’t call it a movie or cinema,” I am admonished.

I am not insecure in my definition of what a movie is. A movie can take many forms: it could run into many hours, it could be a short clip, it could be a music video, it could take on any one of the many conventional movie formats from across the world. In its most deconstructed form, anything more than a still photograph could stake a claim to being a movie.

Any audio-visual content that vies for attention when a viewer seeks a narrative is a movie.

This extremely inclusive criterion contains within it all definitions and aspects of a movie. Granted, it is a personal definition, but as you will see, my relationship with a movie has reached a phase where it is extremely personal.

With the advent of accessible technology, movie making suddenly is not sacred anymore. It has been demystified, democratized, and the threshold to create has been lowered drastically. This has opened the floodgates to what we now call content. Fortunately, this glut of content does not really overwhelm me with its quantity.

The true dilemma I now face is in the why. Why do I want to watch a movie?

Beyond the ostensible “it was there, so I watched it” argument, which can be a perfectly valid and sufficient reason, I tend to get mired in my reasons for watching a movie. Frequently now, it is this personal quest that primarily dictates my equation with any specific movie.

I still watch movies for all those reasons.

Is it true that once you have moved beyond the necessities of a commodity, you dare to analyze the reason for its existence in your life?

I believe that if cinema as an art form should disappear, I would not miss it. I would almost venture to say that the world might not miss it at a fundamental level. This is not to suggest that I deny cinema’s important role in shaping a society. I am only saying that its disappearance would not make mankind extinct.

With such a detached view, am I worthy of writing about movies?

I contend that the majority of the audience, at some level, realize the triviality of a movie’s raison d’être. A single movie is a fleeting affectation. No doubt, it can have a profound effect on a viewer, but surely that is not reason enough to exist? What if it is simply a vindication of cinema’s happenchance existence?

We fluctuate in our needs to indulge in art, gratify our senses, explain our irrationalities. We cannot delineate what every movie means to everyone who has ever watched it; equally impossible is deducing what the same movie meant to more than one person. Going down this line of thought, can one hold a static view of a person’s viewing of a movie forever? The movie might have stayed in its original form, but the human would have surely changed?

I can therefore only understand the idea of one person’s engagement with one movie at a particular point in time, arising from their singular point of view, in their own words. Similarly, from the other side of the screen, once I have a reasonable idea of the creator’s intent, I feel a little more equipped to engage with the movie. But is this knowledge necessary to appreciate a movie? Can’t one watch the movie without wanting to know why it was created?

Surely one can. Who is to define how or why one watches a movie, or why a movie needs to exist? Just because grasping the reason for the creation of the movie helps me have a mental dialogue with the movie, in the absence of which, I might as well be staring at absurdity, that need not be how anyone else should approach movies. Absurdity, not in the demeaning sense of stupidity, but in the framework of “Why can’t this also exist?”

That question, though, permits everything and critiques nothing.

If we agree that a movie is an art form, the question can be made broader: Does one have to be cognizant of the intent of art to be able to truly appreciate it in that particular embodiment?

We can identify three major entities, whose existence and interplay help me answer this question: the creator, the created, and the patron. Somewhere between these three shifting roles, art remains hidden. Art is born out of interactions between these three players. The more they align in intent and understanding, the original seed of that particular creation is propagated with more coherence—from the creation’s inception in the creator’s mind, its manifestation through the process of creation into the form of expression that is consumed, down into the patron’s senses, where it mingles with his or her sensibilities and interpretations. Art is then not a state or entity, it is an interaction, it is a continuous dialogue between any of these three major elements.

In each of these coarse steps sequenced above, because let us admit that these phases of creation and consumption are but approximations of a million other stimuli, even the very idea of what is being expressed changes depending on how much context one has about the event, or what role one plays in this triumvirate.

What then marks the boundary to appreciate an output, encounter, or expression? But there are no boundaries, and it is slightly dizzying to think of everything as potential and interconnected art. You can then compare music to visuals, oral stories to movies, colors to textures and so on, you can get lost searching for an answer where there is no question. Even within a movie, it is possible to see different elements like color and sound as complementary and competing.

Intent, to me, is the compass with which I navigate this bewildering landscape. Intent seems the purest trait to help thread together the transfer of ideas from the mind of the creator into the viewer. It keeps me from walking in circles, though, with art, one could argue that to be lost is better than to rationalize.

Going back to the movies, without a transfer of intent, the dialogue is cut short. The viewer and the director then are speaking to each other in unintelligible languages, which may be beautiful and harmonious in their respective compartments, with arguments articulated in the best of intentions. The communication then breaks down. There is nothing wrong with this, but it is my belief that there is a lot to be discovered when that gap is bridged.

Gleaning intent of creation also helps me bound the scope of mulling over a movie. For instance, once I realize that the primary motive for a movie is economic profits, does it then make sense for the movie to be analyzed for its artistic or social merits? Such disjointed cases of intent, when unaware, can only bring up accidental or specious dialogues between the creator and the viewer. An engagement without this understanding makes me uncomfortable. It is not the only way to view a movie, it is just one more lens to have handy through which to view movies, a lens I happen to wear nowadays almost to the exclusion of other lenses.

We live in a time where we vicariously share others’ words as a proxy for our unformed opinions and feelings. Creators piggy back on reviews and critiques to spin layers of messages and stories around the movie. In this fog of opinions and uncertain sentiments, gleaning the creator’s intent allows me to change movie watching from a solitary experience into a conversation. The fourth wall then separates only the created (the movie), but unites the creator (the director) and viewer.

Such microscopic searches for intent, to classify one’s thoughts about a movie, arise only when one wants to articulate their thoughts about a movie. The director, for good or bad, has made his first move on this chessboard of interactions and dialogues. As a viewer, in having watched the movie, we have only watched the initial move by the creator. Some of us are content and choose to walk away from the game. Some of us move other pieces in this multilayered game, by analyzing various aspects of the movie.

We tend to forget that almost every viewer turns into a reviewer when talking about a movie—be it a casual remark to a disinterested party or a detailed analysis to a seated audience. As viewers, we tend to attack or praise movies with a confidence that will not withstand the same rigors of scrutiny we put the movie through. Do we really hold ourselves to the same kind of standards that we want out of the movie? If we wrote down our opinions and viewed it as a script—because what else is it—would it stand up to the questions that we ask of the movie? Does a moral asymmetry arise in this equation then, when the (re)viewer demands alterations?

What does a movie owe to a viewer that the viewer does not owe back to the movie?