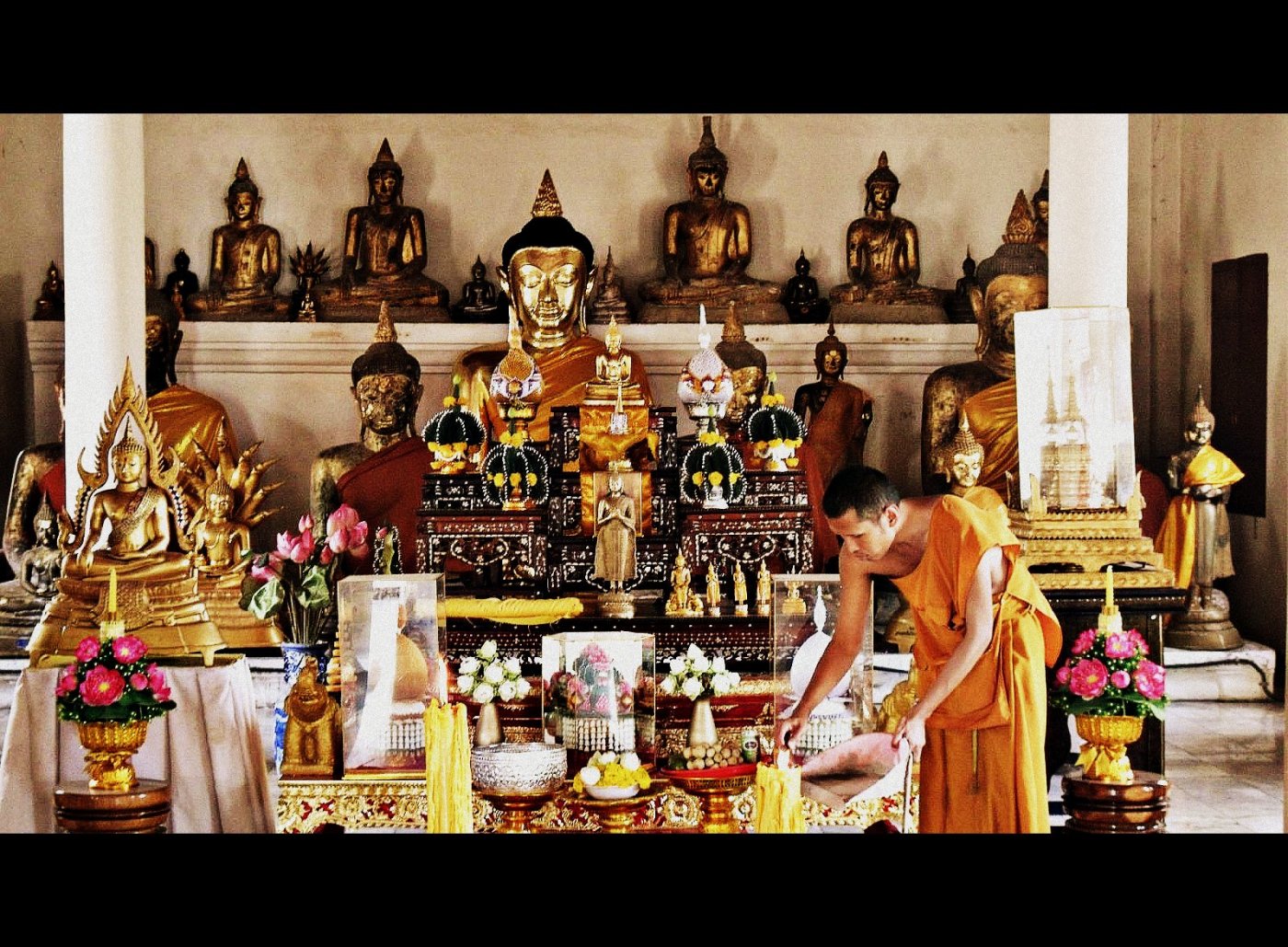 For a few years now I spend a good amount of my free time on social apps.

I find them immensely fascinating.

They put me in touch with people I would otherwise have not come in contact with. It gives me first-hand knowledge of what people think, and sometimes, even do. I do not know how long I will continue binging on digital content but while it lasts I am having a blast.

For some time, initially, I was active on Facebook. It was one of the first social apps where I started interacting publicly. Behind a keyboard and in the safe zone of geographic inaccessibility I found it easy to engage in conversations. Asynchronous communication was an added advantage. I could walk off in the middle of a conversation to pick it up in an hour or two, or sometimes never again.

As someone with an attention span that competes with that of a gnat, I was best suited for such inconsistent but permanent communication.

Conversations with some humans are tedious and I often prefer to watch, or in these cases, read, conversations than be a part of them. Facebook allowed me that choice. Whatsapp groups do too. I can read conversations at will and be part of a partial social circle and never be exhausted.

Exiting conversations is like stepping into a time portal. One press of a switch and I find myself back on my couch ready to fall asleep.

Emoting only hurt my fingers and not my face.

Of course, I was fully aware of the duplicity, the showboating, the lying through omission phenomenon that happens where snippets of information are curated for public view. In fact, I welcome it. I do not want to know more about anybody’s life. Others’ authenticity of emotions, while welcomed and highly valued when offered, have never been something on which I rest mine. I am not affected by the cries or warnings of behind-the-scenes machinations of the posts or photos.

If people lie on Facebook, I am more than happy to indulge them in their alternate reality.

My social circle on Facebook consisted purely of my friends, my family, and acquaintances. People who knew me in real life.

Unfortunately, of the ones that I know in real life, very few lead interesting lives, engage in honest conversations, or seem to add more dimensions than the usual steady state. It was always streams of self-idulgent vacations, badly thought political memes, or crudely photoshopped Hindu Gods hewn into the Phi Phi islands.

In the run-up to two elections, the Modi-Trump elections, I had the opportunity to prune my list of many people. This was one of the advantages of Facebook. Now I know 300 people whom I don’t have to entertain and that is a lot of valuable time regained, for all involved.

Over time I have outlived Facebook’s utility. It has been almost a year since I logged in. 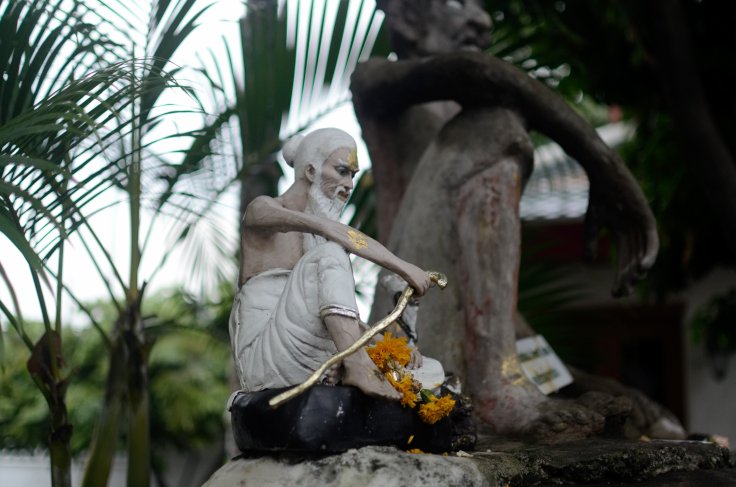 That was around the time I created an Instagram account. I love it, as of now. I love Twitter too, but my professional life co-opted Twitter and LinkedIn. There definitely were some advantages to them. While I would have loved to make my Twitter handle and experience more rounded, in the long run, I think staid is good for one’s career.

I duly tweet and retweet dreary technological happenings. Sometimes I see Twitter wars erupt on topics that are interesting, death threats issued, and social justice warriors thronging and wrestling a hashtag. I stay away from it. There is a high noise to signal ratio that does not make diluting my work profile worthwhile.

Is it just me or do big corporations and suits suck the fun out of good social apps?

One of the reasons I stopped adopting new social platforms, including snapchat, is that I truly believe in “No pay, no play”. If I don’t contribute to the melee in the right spirit, I don’t want to be lurking there diluting the fun.

We elders need to exit the party.

Then there is Instagram.I spend a lot of time on the ‘gram.

As a visual medium, it is definitely appealing to me. I also come across interesting profiles and people.

To a larger degree, I drop my guard on Instagram, but with a casual eye on personal branding. Yes, I do. I realize and am tuned into how I come across and of the gap between my real-life and my online persona. While there is not much of a difference in sensibilities, I can safely say I am more interesting online than in person.

Even on Insta, I prefer to follow people who have a voice of their own. Those who are at least able to paraphrase a sentence or thought. I find a high quality of introspection and fascinating online identities created there.

If I request a peek into their protected identities it is only as a reciprocatory check to make sure they are what they are when they follow me.

Their profiles are where dick pics go to die.

There are three kinds of profiles I generally seek out.

The first is the meme page. Like any online scourer, memes are the main draw. I spend hours and hours laughing at the insights they offer. Some are reasonable. Some are hilarously funny. Some can be really insightful pop psychologists. They bring out the everyday struggles and the absurdity of life, online and outside. They call out the fronting, the hustling, the thirsting, and the nutting.

The second type of pages I love to follow are pages of athletes.

Instagram has brought transparency into what has long been a mystery to me. How do athletes train? How much do they train? What do these modern-day gladiators do in their everyday life? How can they sustain themselves and manage to get paid till they make it big? Do they like unfit people? How do they view themselves? Are they aware of their physical superiority, almost bordering on super humanness?

Phylicia George is a great example. She is stunningly beautiful and has an insane sports work ethic. I would never have ever thought growing up that the athlete’s life would be demystified so much, giving an intimate backstage view of their lives, and how much I am still in awe of them. Conspicuous in the absence of strong, confident women athlete domain are south Asians, not by origin but by nationality.

Of the few there are, they still toe the party line of demure and doormatty.

Even in this sphere a mind of their own, an ability to articulate and to write well is key. Elizabeth Akinwale is another sports figure whose posts are reflective, strong, and engaging.

The third kind I follow is explicit erotica. Some artists create amazing imagery around sex and I am glad I get to see the art and artist. I try to follow female artists as much as possible, not because of any difference in quality, but every time I re-internalize the fact that girls have as vivid a sexual appetite as us men, it gives me a thrill, attendant with an unscratchable itch.

Appollonia Saintclair is one of my favorite artists. Her combinations of scratchy lines, dark shades, and dripping saliva and ooze are delectable. Jordan Jackson is another artist I very recently chanced upon who is also half Indian. For a little more minimalist touch, Petites Luxures is a good option, though the choice of euphemism and poetry is something I question at times. “Indian men raised on a diet of porn with impossible standards of beauty and bizarre sexual fantasy” is a term I often encounter. While fully acknowledging the truth of danger in Indian societies for women, I also have come to hate that moral judgment. I have only seen Indian women in their prudish avatars ever, who come into marriages as sexual ignorants and devoid of imagination, and dare I say, sexual empathy, and remain that way.

As a married man with a kid, it makes things easy and tough. Tough because I know I have missed/am missing out/ will always miss out on one of the basic pleasures in life even by normal Indian standards: and easy because in my cultivated sexual misogyny towards Indian women they are easy to relegate into the asexual anyways.

One of the questions that is thrown out is why the men don’t just walk out of the situation or step out of the marriage? Like characters in Rohinton Mistry’s A Fine Balance, they are all caught in their own castles of cards. They have built everything up, aligned all their resources, well being, and sometimes even truths to reach this point. Mostly, somewhere along the way, love would have also happened, before ironically, through their wives, they come to realize the constrictive hell hole they have committed themselves to. Most of the time, it is within this maze of well-meaning love and familial setup that the arid desert of insipid sex arises. There is too much at stake to seek greener grounds.

If the definition is applied scrupulously, most Indian marriages consist of marital rape.

Kali Shudra, the other day, was talking about starting a book club. It gave me the chills.

Fuck you, prudes and Indian feminists. I can now objectify and jerk off to my heart’s content.