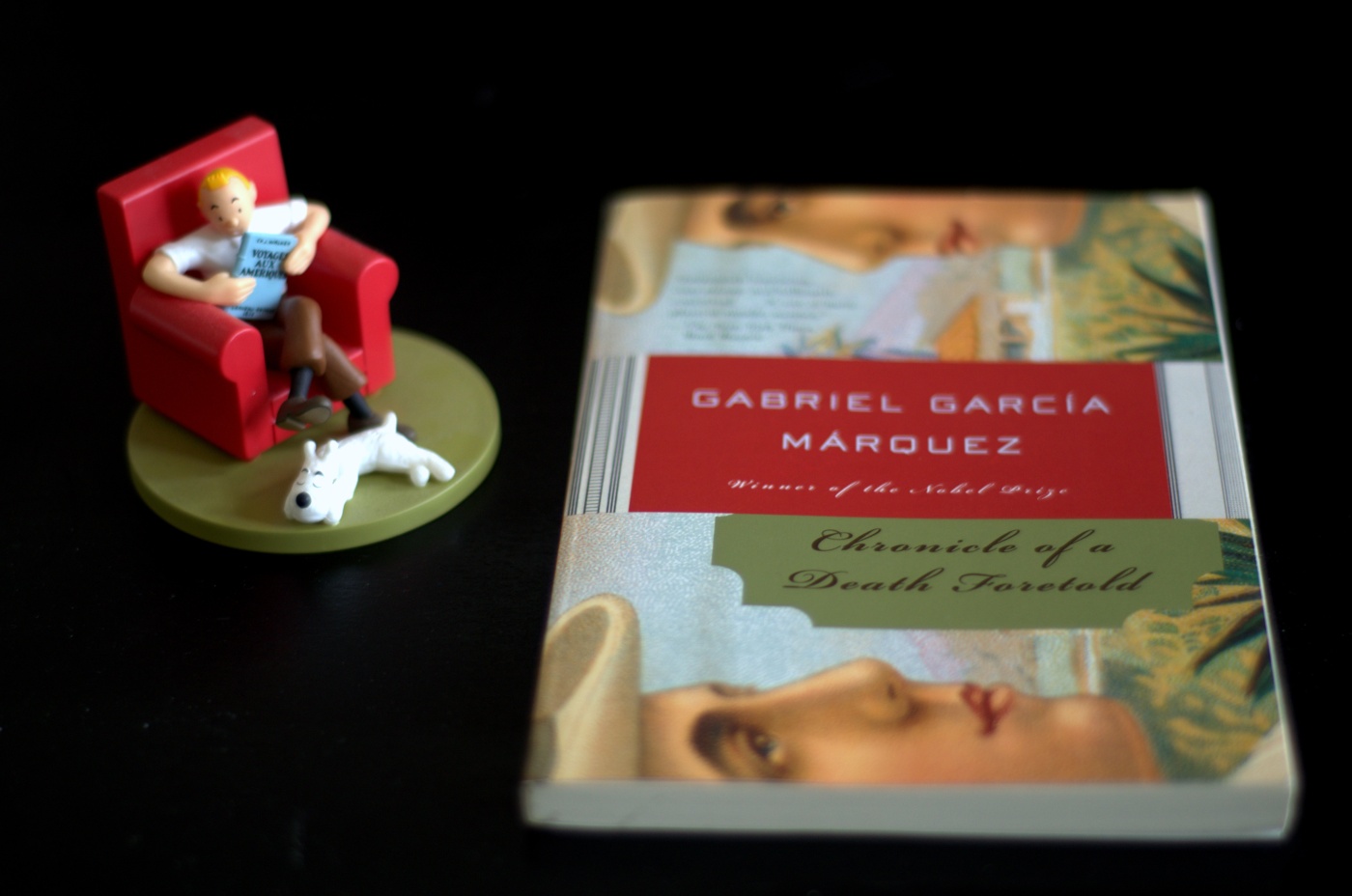 Every so often comes a book that makes you question your ability as a reader.

Here I was happily turning pages when all of a sudden I dread to read another page. I could not fathom reading. It was bound to happen. I did manage to finish the book almost 3000 miles from home sitting in a harshly lit hotel room. But undoubtedly I had my scary moment.

Not that the story was not intimidatingly told. It was a masterpiece in storytelling. A fabrication of ever tightening concentric narration that draws to an inexorable finale. No, the story was not to be blamed. After all, I had drunk One Hundred Years of Solitude quite confidently without a reader’s crisis.

Or maybe it was something as simple as a premonition of my impending inability to analyse the book after I will be done with it.

Chronicles of an analysis foretold.

I cheat whenever I think about Gabriel Garcia Marquez’s books. I employ his own style of thinking, with far coarser results of course. I retain a general sentiment of the book, add in fantastic situations and mellow it into prose. I do not construct sentences as much as ruminate them into existence.

I read Chronicles of a Death Foretold quite literally without adding any metaphorical subtexts. I read it as a story of dutiful vengeance. A story around filial and fraternal passion. It is a story that is always played out in some form or the other in our lives where a cry for help is masked under an act of bravado.

The interconnectedness of a group conscience is nowhere so poetically narrated, a murder so  cloaked in perspectives.

Garcia is the exact opposite of Camus. The former a dreaming romantic who naturally sees in his world magic and passion. The latter is one who forces himself to extract meaning out of a chaotic and meaningless existence. There is a little of both of these authors in each of us. They duke it out within us to impart a tragic smile at funeral flowers, and at other times, to coldly stare at the cadaver wondering about the next bus to take home.

There are many ways to look at the dead. Of the living I do not even want to hazard a guess.

4 thoughts on “Chronicles of a Death Foretold”