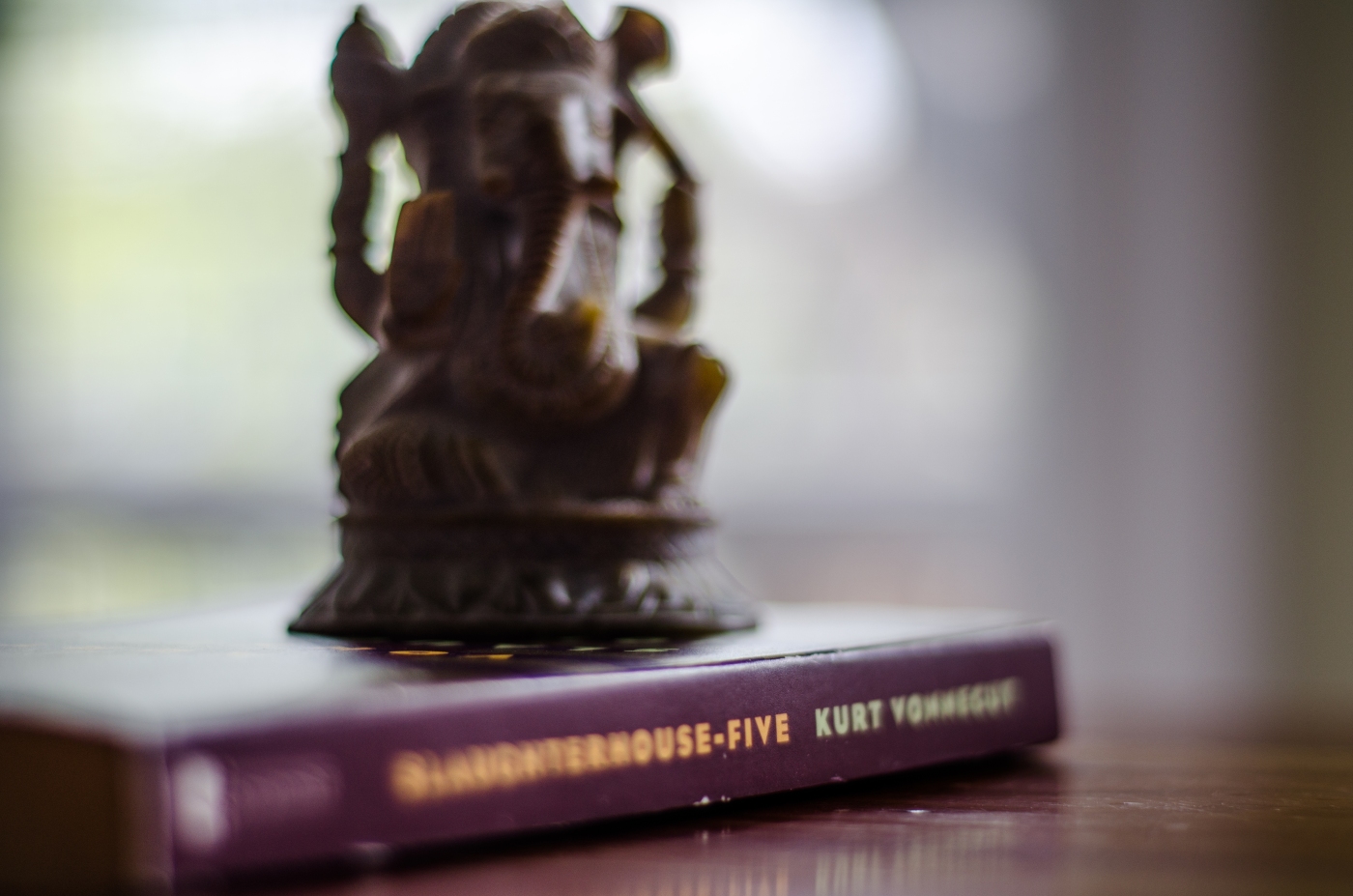 Kurt Vonnegut bases his cult novel Slaughter House 5 on the premise that no one should write about massacre with relish. He writes with flourish, introduces layering and quirkiness but there is no love for the subject. So he is true to his word. But in doing that did he pre empt his own failure?Since one should not celebrate war, a book about war should be non celebratory. Either way you see it, he has won his case.

I love the subject. War has never appealed to me. It is self defeating and delusional. It is never ending and always proxied and more often outsourced to the poor or the machines. It is exploitative and short sighted. So it goes.

All of which are nicely laid out in the book. I suspect the book is self selecting. I do not think a war hawk is going to pick this title up and at the end say with a resigned sigh, “war is futile”.

Wishing away wars is like prancing around snowflakes. A poetic unicorn. Purple, if you want. Why not? One cannot wish away struggles and inequalities and irreconcilable differences. The political and military bullies and aspirants thrive on these insecurities to rally the insecure.  Then they all struggle for something, something that is sanctioned as worth the struggle, something against which fatalities are weighed. Or so it goes.

When engaged in such strife the cause is never realized. The strife assumes a life of its own. Lifetimes and lives are spent in furthering the cause. Political extensions are nurtured with artillery and weapons. All too soon chaos reigns supreme. Soon the fighting masses can see only one exit. The biggest door away from this all engulfing hell hole. Not the right door, but the biggest one. Victory or loss. It is the most tangible of exits for the participants and like amazonian fire ants trampling on their own kind over water and fire, they advance towards the door over dead soldiers. A race to the door without thinking about what lies ahead. So it goes.

Pointless but unavoidable reality for many unfortunate failed states and societies.

This Side Of Paradise

I like to think I have problems. They do not stand the test of reason. Even, even in the face of personal tragedies, they do not stand to reason. I stand this side of the glass mirror, only occasionally glancing guiltily at the other side. I cannot justify luck. Nor can I will myself to spearhead change at massive scales. The most I might do is lend voice to something to assuage the randomness.

However, if you are on this side of Paradise and want to indulge your angst a little, Milan Kundera’s The Unbearable Likeness of Being is a great antidote.