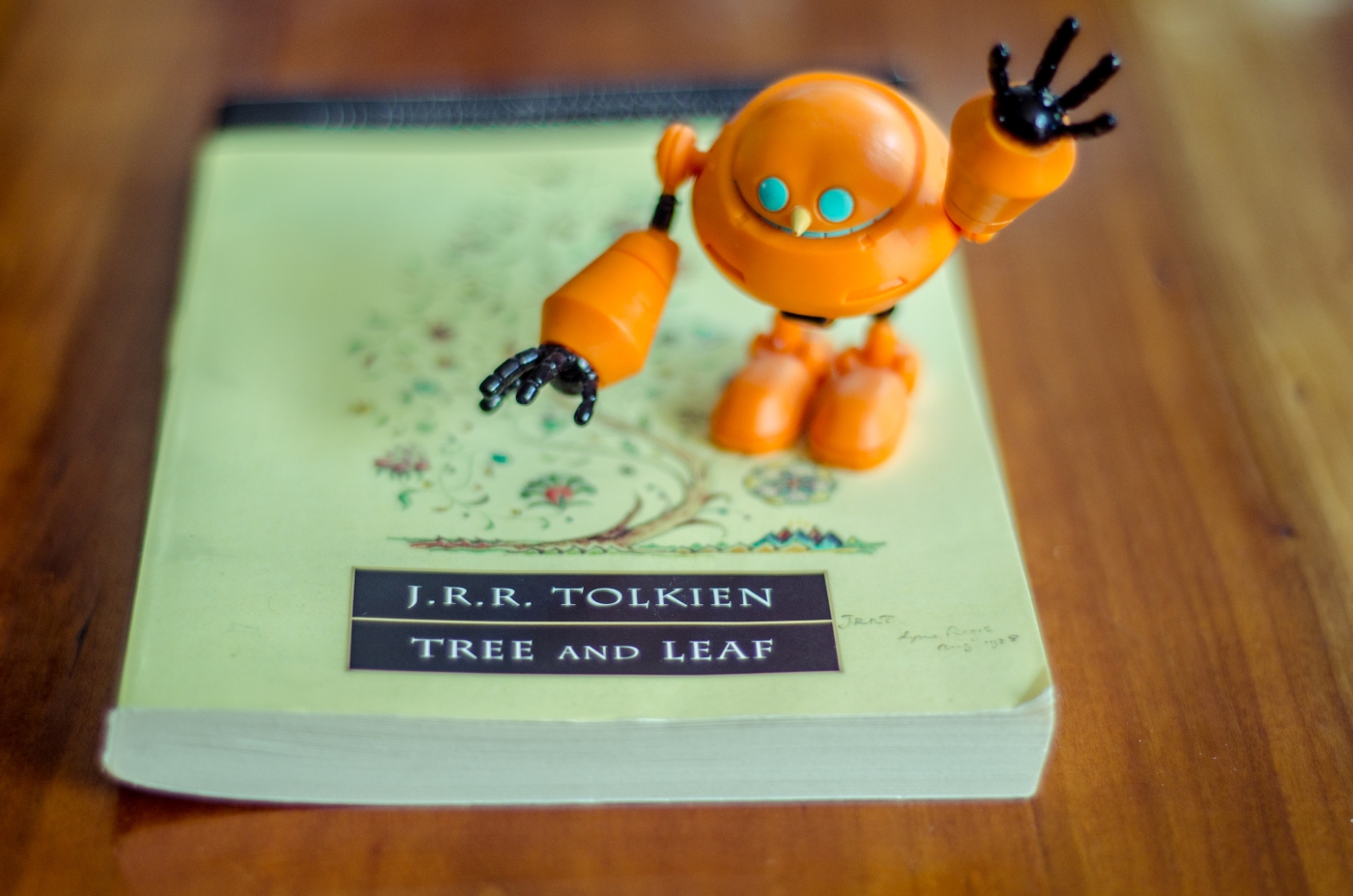 I picked up J R R Tolkien’s Tree and Leaf on a whim. It was a small book. I thought I could breeze through it on a lazy afternoon with some coffee. A week in and I am still reading it. It is a collection of essays that delve into the origins of fairy-stories, what constitutes a fairy-story and an analysis of the fantasy genre.

Scathingly precise, he defines them and discards pretenders. The unfortunate or fortunate target of most of his analysis is Andrew Lang’s collection. Tolkien defines fairy stories to be those that deal with the fantastic, an alternate reality that creates an ethereal atmosphere. He excludes works where that spell is broken. For example, the talking animal (Aesop’s fables), the dream sequences (Alice in Wonderland) and just plain nonsense poems (Humpty Dumpty).

J.R.R. Tolkien is prescient in analyzing the role played by myths and fantasies . He understands the power that a well narrated myth can wield over human mind over time. These passages illustrate what I am trying to say.

“Fantasy can be carried to excess. It can be ill done. It can be put to evil uses. It may even delude the mind out of which it came. But of what human thing in this fallen world is that not true? Men have conceived not just of elves, but they have imagined Gods, and worshipped them, worshipped those even most deformed by their authors’ own evil. But they have made false gods out of other materials:their nations, their banners, their monies;even their sciences and their social and economic theories have demanded human sacrifice. “

The Author as a Creator

J.R.R. Tolkien’s approach to fantasy is a sincere attempt to rescue an imaginative genre from being confined to child’s play. To rescue it from over simplification, unhealthy suspension of belief and bowdlerization. He argues that the work of fantasy should be able to fully hold reason and logic within the borders of the work and that, within those borders, the author assumes the role of a sub-creator. A creator almost like God because he arranges and creates and populates the world as he wishes. Therein lies his criticism of those who do not approach fantasy writing with sincerity. He urges the authors to take their role seriously.

These are just a couple of his essays but they already give an insight into the careful analysis that has gone into his creations like Lord of the Rings. It just goes on to show that it was not a fluke.

With this much analysis and understanding of the adult mind’s hitherto unacknowledged need for fantasy he crafted a world that was so intricate and real that it was bound to be successful.